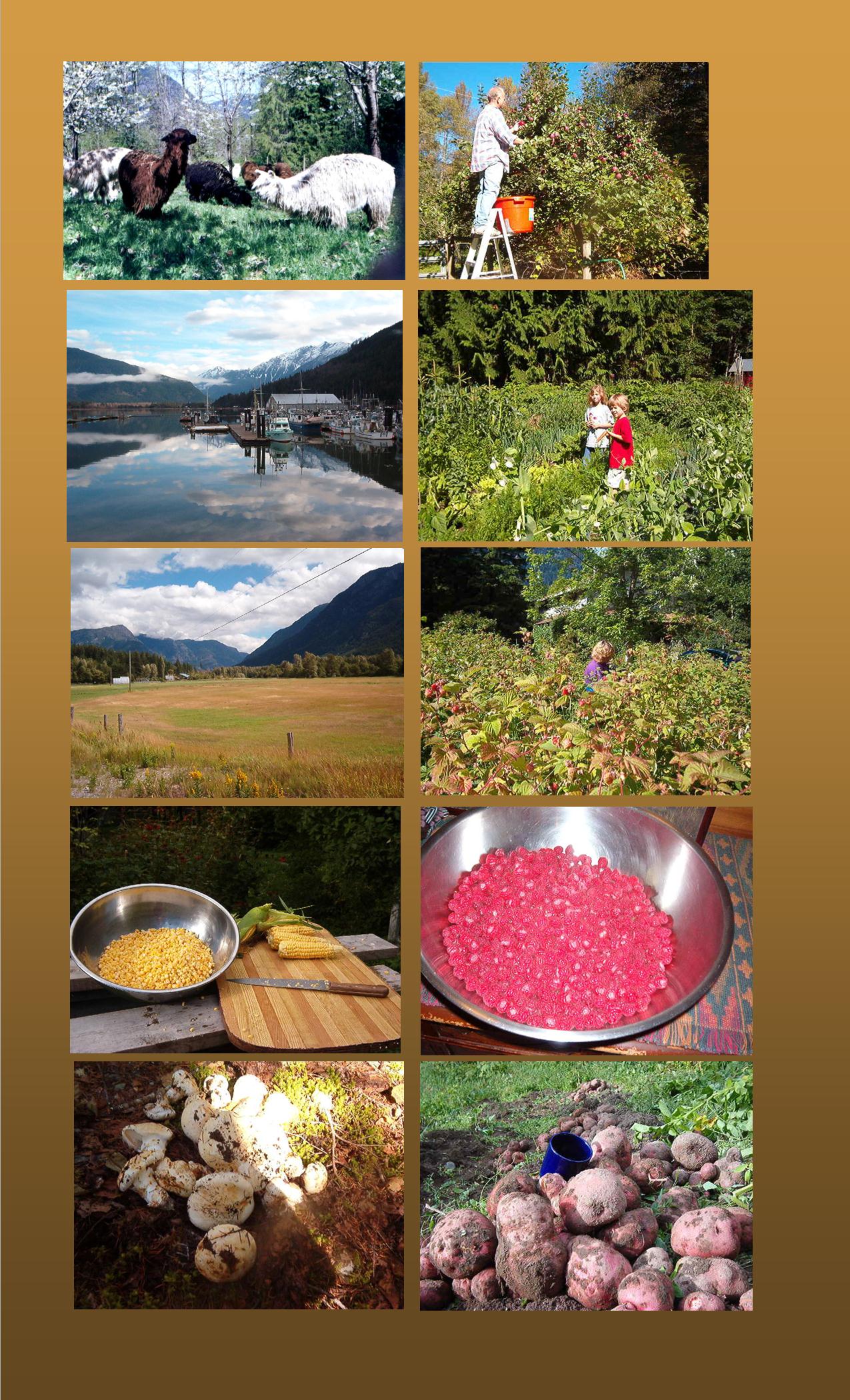 Pure Nature,  "A place to regain your soul"

In the summer of 1979 I spent a month traveling the entire northwest coast of North America for a place to settle. I investigated Vancouver Island, caught the Ferry from Port Hardy to Prince Rupert. Then the Alaska Ferry to Skagway, continuing my southward journey via the interior route of Highway 97 and its harsh interior plateau. I made many stops on the way searching for that ideal environment to fit my criteria of mild weather, a real wilderness experience, a river, amenities and price. It was on my return that I remembered Bella Coola from a visit ten years before. In 1980 I immigrated to Canada and shortly thereafter bought my property here in the Bella Coola Valley. Of all the places I had previously visited this was the only arable land mass on the entire mainland west coast that offered the things I considered important.

The economy is a history of resource management with fishing and logging being the main sustenance. The location of the valley and consequential “cost to market” has recently caused some retraction of the local economy. The valley philosophy to new development is a “go slow” approach with environmental considerations paramount. The valley population varies around three thousand residents. The weather is typical of a transitional moist continental climate with coastal influence very similar to western Oregon and Washington. The Bella Coola Valley is a continuation of the North Bentinck Arm of the Burke Channel with the Open Ocean some sixty miles to the west. Most years the first real frost doesn't’t come until late November and it’s usually safe to plant after the first of May. Last year I had a flower still intact in December and I planted my corn this spring in April. The summer season here is not as hot as the interior but it is much warmer from autumn through spring. The rainfall averages from forty to sixty inches a year depending on your location in this sixty mile long valley. At Bella Coola the flora is reminiscent of a Coastal rain forest with moss laden Cedar and Spruce. In contrast the dryer easterly end of the valley blends into a Boreal Forest Climate and has many stands of Aspen. I even know of a spot where sagewort grows. A succulent more suited to the Olympic Peninsula.

Sport fishing is great in both the Bella Coola river system and tidewater. Six species of salmon including steelhead and various trout inhabit the Bella Coola and Atnarko river systems. There is a commercial fishery here that is one of the more predominant industries that sustains the local economy.
Fresh fish and sea delicacies are readily available during the season. There is a wide variety of wildlife to please all outdoor recreational enthusiasts. I especially enjoy our migratory birdlife. Bella Coola is the ultimate Hikers paradise with hundreds of miles or wilderness adventure literally at your doorstep. Heli skiing is becoming one of our growth industries.

The soil in the valley is alluvial and acidic by nature, texturally course and requiring lime treatment for maximum productivity. However, the soil is generally of good quality and well structured. There are many acreage's available with excellent soil for growing everything from fruit to hay. Most orchards do well here and there are even a few peach growing against the south facing sides of structures. Most garden varieties flourish in our valley with the exception of long season vegetables that may not ripen in cool years. We have a wild mushroom harvest that’s the envy of the world.
Bella Coola has too many amenities to list here but I believe we are the most adequately self-contained community in BC. A modern Hospital, dental clinic, credit union, a multitude of hotels and restaurants, super markets, high school, community college, daily airline service, BC ferries, air and courier service, high speed internet, RCMP Detachment, DFO office,  and Hatchery just to name a few.
Bella Coola’s location is unique.

The nearest city of any consequence is Williams Lake (five hours) by road, (Vancouver by air) some (250 miles) 400 kilometers away. We are truly a safe refuge, isolated only in geography, the best of both worlds without the negative aspects of industrial pollution and congestion. In fact, consider that there is nothing for six thousand miles west except for the moisture laden, pristine, prevailing west winds off the Pacific. There has never been, to my recollection, any commercial use of pesticide or herbicide in our valley.

In a world of eminent political danger and industrial pollution this valley is one of the few places left that may be both politically stable and environmentally pristine.