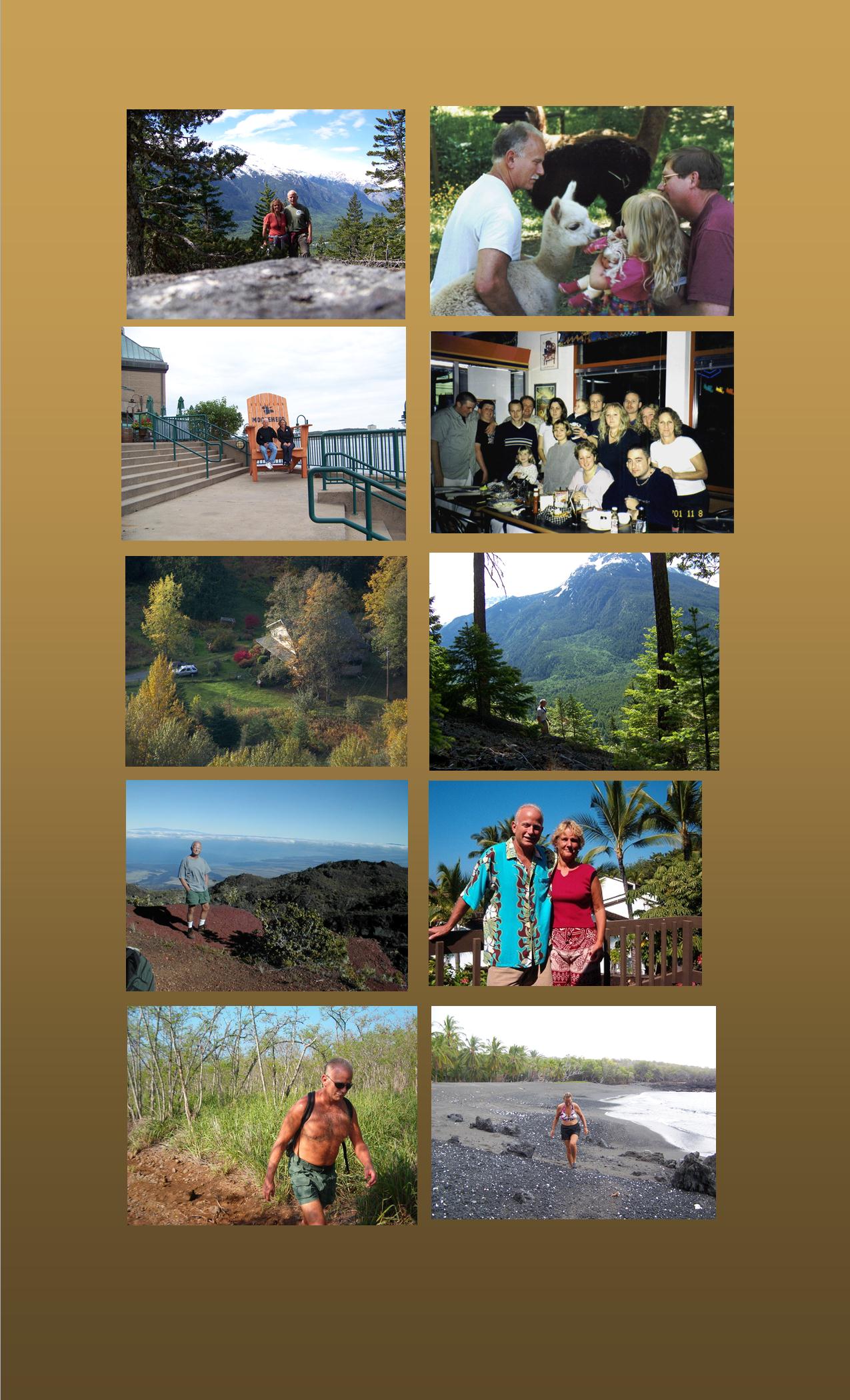 Royan, my wife, and I have been married for over fifty years. We were both born in Long Beach, a beautiful place in those days, probably still is, only we left forty five years ago and have never been back. In the late sixties, after college, we relocated to the beautiful Willamette Valley in western Oregon. I had a job offer and we purchased a hobby farm and were indoctrinated into the small, rural community lifestyle. Over the next decade we were blessed with a multitude of children. I established a tool and die business, bought and sold several acreages, Times were good.

I don’t exactly know what happen, but like a lot of people of our generation, we became anxious for a life of adventure. In late ’79, during the height of the housing market we sold out (at a tidy profit) and moved to the wild and pristine central coast of British Columbia.

I can’t relay to you all the stories about those years here, but I can tell you that we made a bond with both nature and the universe that we never felt in urban life. There were times in the winter that the stars came so close to the earth you could touch them. Enchanting times, when the wolves would howl at the moon while it lit the snow like a mid-summer day. I have been face to face with Grizzlies on many occasions. I’ve caught Coho Salmon while the autumn reflections cast a spell on this wild river like the image on an old master’s painting. We carved out a real wilderness ranch here on over a hundred acres of former forestland complete with a three thousand foot home, barn and high tech machine shop.

Having completed our ranch’s infrastructure and being math oriented and trained in computer aided manufacturing I rekindled my former tool and die business. It was a challenge from this rural location but thanks a lot planning and the loyalty of my previous customers and friends it prospered. It was an amazing time with the proverbial “best of both worlds”.  A free uninhibited lifestyle in a pristine environment, reliable lucrative income and exposure to the ever changing high tech world through my work.

In 1992 luck was with me when I purchased another large acreage with an immense amount of valuable timber.
By 1995 my brother Bill had become well established as the largest alpaca breeder in the United States (North America). With his help and much perseverance I started what was to be the first direct importation of two hundred fifty Alpacas to Canada direct from South America. It was a marathon endeavor but after a lengthily ordeal and a successful legal struggle with Agriculture Canada we were ultimately successful. We raised and sold these lovely creatures with a passion for five years.  We found our kinship with other beings to both spiritually as well as monetarily rewarding.

Our current lifestyle has the kids all gone and the new goal is to split our time between our homes here in BC and Hawaii. We spent a large part of 2004 in Kona where I was also a licensed realtor, working and enjoying another unique area of the world. The Big Island of Hawaii and the Bella Coola valley are remarkably similar in that their environments induce one to maintain a physically active and spiritually uplifting lifestyle.
Update 2015: Sold out our properties on the Big Island and moved our winter snowbird home to the Island of Molokai, also a special place very similar to Bella Coola.

I consider both of these places special and among the last, politically stable, free and open environments to explore.